Navigating the Changing Issues of Price Transparency in Healthcare 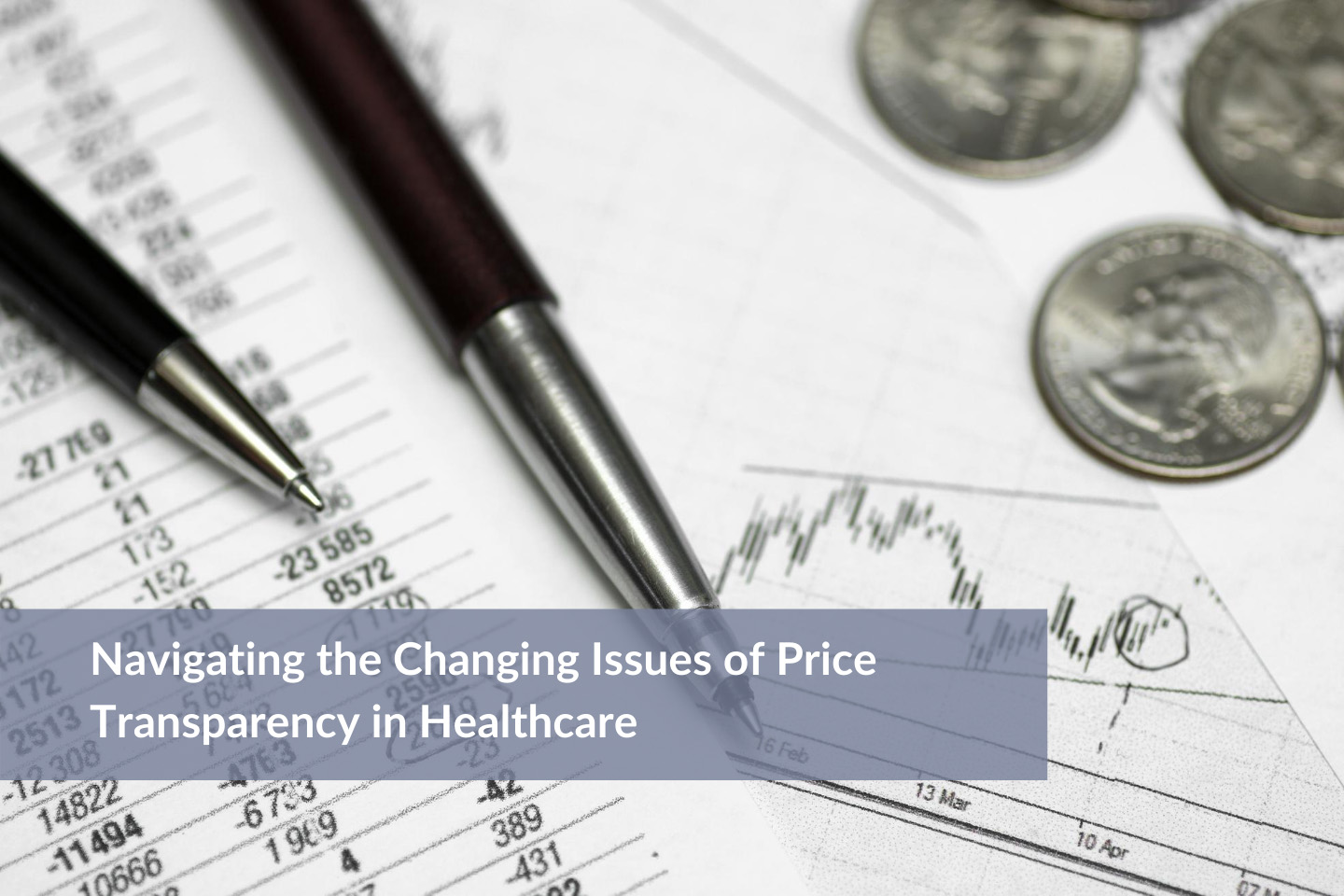 Well before the COVID-19 pandemic added even more challenges to the healthcare industry, a political debate was well underway regarding the delivery of patient care in the future – namely, the role of insurers, patient responsibilities, and price transparency. This has created even greater complexity for healthcare executives as they struggle to stay ahead of the curve and prepare their organizations for the future.

Recently, both the Trump administration and the Centers for Medicare & Medicaid Services (CMS) announced newly proposed rules regarding price transparency that could take effect in 2021. While the new rules have divided many in the healthcare sector, executives across the country are watching these changes closely, looking for strategies to remain compliant, profitable, and meeting the needs of patients.

Leading Up to the Debate.

To completely understand the potential impact of the proposed new rules, we must first understand what has led up to the debate over price transparency. In 2019, President Trump instructed federal agencies to use the authority granted to them under the Affordable Care Act to develop federal rules that require the disclosure of hospital prices. Under the President’s direction, the price lists would not only include charges to patients, but also the discounted prices hospitals negotiate with insurers.

In June of 2019, the U.S. Congress also stepped in when the Senate health committee approved the Lower Health Care Costs Act of 2019. This legislation would establish a new, non-profit entity to collect unidentified claims data with actual prices paid for health services across the country. The data would then be available to state databases and the public.

The Pro and Con Sides of the Debate.

Advocates of price transparency argue that competition in the health industry cannot control costs unless patients understand the prices they are currently paying. However, there is strong opposition to the actions taken by the President and the Senate on the part of insurers and health providers.

One main concern is that making hospital prices public may in fact drive costs up in some markets. This is due to the majority of hospital markets are so consolidated that they lack true competition. Many argue that creating price transparency could encourage low-priced institutions to increase their fees in order to keep up.

There is also concern that this effort will add more administrative red tape but yield few results, suggesting that while patients with high deductibles may prefer lower priced services, most consumers will stay with the health providers they trust and continue to allow insurance to shoulder the brunt of the costs.

In November of 2019, CMS issued a final rule requiring hospitals to disclose the rates they negotiate with insurers that will take effect in 2021. This aligns with the Trump administration proposal requiring health plans to share price information with members up front. The CMS final rule includes the following provisions:

The final rule also requires hospitals to post payer-specific, negotiated rates online in a patient-friendly and searchable way for their 300 most popular services. The rule outlines what should be included for seventy of the 300, while the hospitals can identify the other 230 on an individual basis.

Hospitals that fail to publish the negotiated rates online could be fined up to $300 per day.

What the Future Holds.

While President Trump called the CMS final rule a “great victory,” both provider and payer stakeholders are taking legal action. The American Hospital Association (AHA), Association of American Medical Colleges (AAMC), Children’s Hospital Association (CHA), and Federation of American Hospitals (FAH), issued a joint statement following the announcement of the final rule calling the proposal “a setback in efforts to provide patients with the most relevant information they need to make informed decisions about their care.” The group contends that the final rule and the steps taken by the President will not help patients to understand their out-of-pocket costs but will instead confuse patients and encourage anticompetitive behavior among insurers.

As of January 2020, the AHA and AAMC filed suit against CMS, claiming their adjustments were unlawful. They cited a judge’s previous ruling against the cuts when the two groups previously sued over site-neutral payments in 2019. In September 2019, a U.S. district court judge rules that CMS had overstepped its statutory authority, noting that changes to payments must be budget-neutral and could not target specific services.

Following that ruling, CMS my repay hospitals the difference for 2019, which totals nearly $380 million. Currently the Department of Health and Human Services is appealing the 2019 ruling to the U.S. Court of Appeals for the District of Columbia Circuit.

Staying Ahead of the Debate.

Healthcare leaders across the country understand the significant impact decisions on price transparency could have on their organizations, and their communities at large. Therefore, forward-looking executives are putting strategies in place to innovate ahead of any government mandate. Both provider and payer institutions are leveraging their capabilities in data and analytics to uncover ways to meet the needs of patients, while continuing to operate under their current business model. Some of the strategies include offering patients discounted prices for common procedures that are paid for in advance and creating out-of-pocket cost estimation tools. These pioneering leaders are putting their organizations on a path to success, regardless of which side of the debate emerges victorious.