Need guidance or support regarding COVID-19 on your current assignment? Please call our Clinical Hotline at 800-998-5058 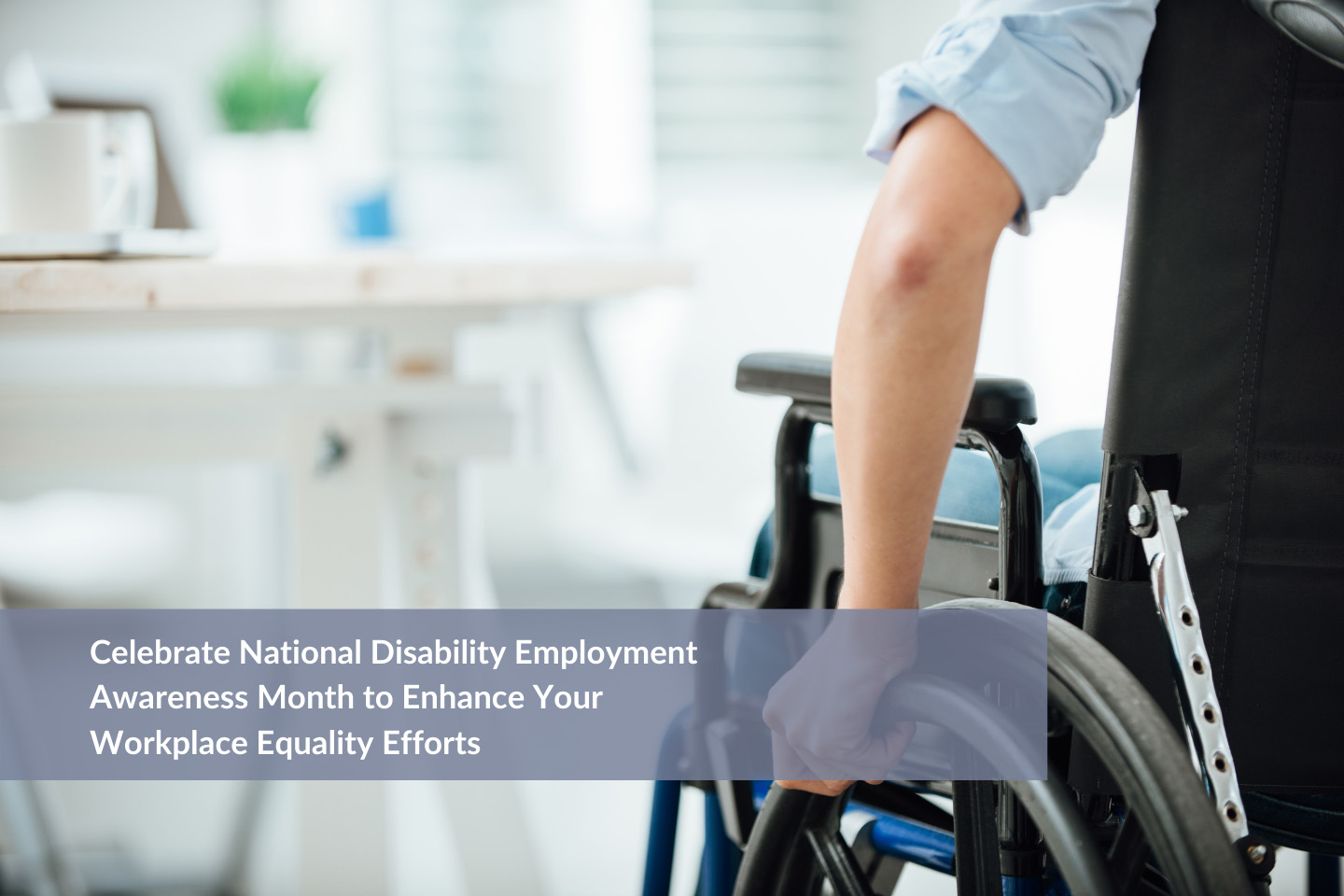 Amidst a global pandemic, heightened nationwide political unrest and numerous recorded incidents of police brutality, a widespread, unified effort to confront issues of social injustice and inequality has given rise to a collective demand for action at both the individual and societal levels in 2020. As a result, many employers have been inspired to strengthen their commitment to diversity and inclusion in the workplace. These initiatives have accelerated progress toward equality when it comes to gender, race and sexual orientation. However, one aspect of diversity and inclusion that has received far less attention is disability. October is National Disability Employment Awareness Month, and in recognition, we’re taking a closer look at the definition, history and statistics regarding disability in the workplace, as well as etiquette strategies employers may want to implement to optimize their workplace equality efforts.

A Closer Look at the History of National Employment Awareness Month

National Disability Employment Awareness Month was established in 1988 to recognize the accomplishments and workforce contributions of those with disabilities; however, they were first acknowledged at the national level with the introduction of National Employ the Physically Handicapped Week in 1945. This observance evolved over the years to include all types of disability and eventually led to the Americans with Disabilities Act (ADA) in 1990, and the creation of the Office of Disability Employment Policy within the United States Department of Labor in 2001.

ADA legislation was designed to prohibit discrimination against and improve education, training and employment outcomes for those with disabilities, who have traditionally suffered from underemployment. To be protected by the ADA, one must have a disability, which is defined by the ADA as a physical or mental impairment that substantially limits one or more major life activities, a person who has a history or record of such an impairment, or a person who is perceived by others as having such an impairment. The ADA does not specifically name all of the impairments that are covered.

Comprehensive Data Reveal Ongoing Employment Struggles of Those with Disabilities

In 2019, the Bureau of Labor Statistics (BLS) conducted a survey that provides a glimpse into the employment struggles of those with disabilities in the United States. For example, less than 20 percent of disabled people reported being employed, compared to more than 66 percent of those without a disability who report being employed. Additional highlights from the data collected include the following:

Disability Etiquette in the Workplace

As our current population continues to age, employees with disabilities are becoming increasingly common in many workplaces. Employers who are committed to a more inclusive workplace culture may find it beneficial to implement disability etiquette strategies to stimulate inclusion of those with disabilities in the workplace. The strategy may include guidelines for recruiting, interviewing, and introducing employees with disabilities into a new workplace, which can help supervisors, coworkers and disabled individuals themselves feel more comfortable and be more productive. Additionally, employers may also want to establish a set of etiquette guidelines that address workplace situations involving specific disabilities, including the following:

Cross Country Healthcare is committed to maintaining a diverse workplace that respects each individuals’ age, race, gender, sexual orientation and physical abilities – as well as diversity of thinking. We invite you to take a closer look at our vision, goals and accomplishments toward achieving equity.

Get help with workforce solutions and staffing services.     Contact us